Sumatra is an important stopover site for migratory shorebirds. Mangrove forest and intertidal mudflat along the northern coastline of Sumatra provides habitat both for waterbirds and migratory shorebirds is being converted to human land-use. Mangrove forests are important habitats for migratory shorebirds. Land-use change and forest conversion threaten this important stopover point for migrating species. There were 30 species of shorebirds distributed across seven different habitat types in North Sumatra area. The most widely used habitat by shorebirds was mudflats, followed by marshes and plantations. Howeever at least eight habitat types that existed in North Sumatra, those are mangrove forests (mudflat), marshes, agriculture, plantation, rice fields, fishponds, river banks and settlements.

The mangrove forests stretching along North Sumatra’s coastline that are home to migrating birds. Percut Sei Tuan is an important bird habitat in Sumatera. Not only important habitat for resident waterbirds, this area is a stop-over area for migratory waterbirds every year. Feeding ground selected by waterbirds depend on food availability, habitat availability and degree of disturbance. Human distrubance had a high impact on the population and distribution of endangered Mycteria cinerea and Leptoptilos javanicus. Habitat suitability of wading birds and shorebirds was generally found in the same place, namely mudflat, rice fields and fishponds.Mudflat in Bagan Percut plays important role for many activities of waterbirds, i.e. feeding ground, shelter and many activities social.

It is an astonishing site to visit. The Coastal of North Sumatra is globally important for thirteen species of bird; Milky Stork, Lesser Adjutant, Black-Winged Stilt, Black Baza, Pied Harrier, Asian Dowitcher, Black-Tailed and Bar-tailed Godwits, Eurasian Curlews, Far Eastern Curlews, Nordmann’s Greenshank, Great Knots and Red Knots. Thousands of waterbirds also present here, the colony is at its busiest between September to March, but most species can be found throughout the year.

“One of the nicest and interesting water bird watching tour ever. Plenty of water birds such as Milky Stork, Lesser Adjutant , herons, Stilt etc. at close distance and in flight, we recorded about 30+ species, our boat was the only one for the entire time in the sanctuary. The setting was amazingly beautiful and relaxed. There was an observation platform to observe the gathering of thousands of birds from the distance without disturbing them. The guide was very knowledgeable and enthusiastic in explaining the habitat as well as the role of the Center. “

Our tours are tailor-made – the itineraries shown are suggestions based on our deep knowledge, or we can work with you to create your trip for your unique requirements, interests, and capabilities.

If you have any questions about our tours or require further information, we will be happy to hear from you. Give us a call at +6285361481022, or send us an email at aceh.birder@gmail.com or learn more about our Birding Tour Leader ( Click Here )

The activities of people caused the high rate of mangrove degradation.

The activities were found such as marine aquaculture in ponds, new settlements, or the oil palm plantations. It will disturb the mangrove ecosystems and coastal ecosystems that are essential for the existence of migratory birds as well as wildlife habitat in water as spawning ground, nursery ground, and feeding ground areas. It also functions as a barrier for abrasion and seawater intrusion. 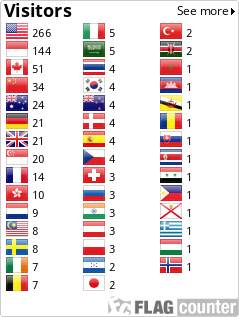